Caravaggio's Earrings - An Essay on earrings with bows (English only)

In advance, I have to say that for this article I used only the sources available on the internet - online museum catalogues and online articles. It is no more than an abstract of things that occured to me while researching jewelry for replica making without the big dive into libraries. It is therefore far from complete, rather a collection of thoughts. One find could alter every conclusion I have come to. If you find errors or missing parts in my post here, please write to me, I'm happy for the view of others or details and examples I don't know of yet. 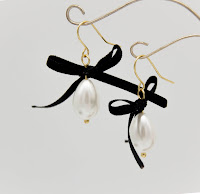 During the research for historical jewelry I stumbled upon a type of earrings that struck me with its uniformity. Black ribbons as a sign of mourning are common in baroque paintings on earrings,  bracelets or necklaces. This type of ribbon jewelry seems to be a different type that is definitely more decorative than significance immanent. Of course, the colour chosen by either the wearer or the painter could be of symbolic significance but it might be that, at the distance of several hundert years, we put too much thought into that detail and it was mere taste or the portrayel of a modern style in the time pictured, or the truth of meaning of the symbol is lost to us and just a backward interpretation.

In my opinion, the colour of a ribbon at a minor jewelry part is not to be seen as over-symbolic - not "not at all", but there can still be more of a part of fashion in it. Religious or mythological paintings cannot be discarded as a whole as far from reality but they always show a part of reality in their endowments. This might not count for every depicted dress but I think the comparison with real person's portraits show that (some) jewelry styles are exchangeable between mythological/religious and real life people's depictions. The comparison of the type of depicted women show that; among high ranking women shown as the incarnate female role model there are biblical Mary Magdalene, Judith and Venus herself. They all wear the identical style of earrings. My 'jewelry in art history' book is silent on these bows all together though.

The earrings with bows seem to have been in style between 1550 and 1630 on the Italian Peninsula, from Bergamo down to Capua. In detail:

[After I wrote this blog I found another painting - see at the bottom -, the dates are updated]

As you can see in the map below too there is a focus on the Northern region between Milano and Venice. Only four are souther than Florence with a distance gap underneath. I wonder if it is a trade of style or maybe the women or their families are married into the South or emigrated there and they took the style with them. You can see at the star marks that two Rome/Naples examples are even uncertrain; I've put both graphically to Rome. I couldn't find out more about the lady from Capua, if she originally came from the North or not.

*Caravaggio was active in both regions, I couldn't track down which was painted where.

**The painting is dated to a year in which Gentileschi moved to Naples. It could well be the last one painted in Rome as well as the first to be painted in Naples.

***Fontana painted in various cities, he was in Rome from 1550 on but it could be the same problem as with Gentileschi.

Some details are striking: Three women in red or pink dresses by Moroni (dated 1552-53, 1556-60 and 1575) seem to wear a similar earring with a pink bow above a golden bead and pearl. And there are two black bows on Caravaggio's paintings. There is the discarded earring of Mary Magdalene, and the other on Judith, two biblical figures. The pearl on Judith is very regularly teardop-shaped, the one on Mary Magdalene more like a pear. In Mary's case, the jewelry shown itself is definitely full of symbolism.

Also the two Montemezzano ladies seem to wear the same earrings: a pink bow, a big golden bead and three small pearls in a row underneath.

Coincidence? I think not. Reason? No idea. At least in the portraits of existing women the sitters had enough money to have their own earrings and needn't borrow them for the painting.

White bows were common between the 1550s and 1590s, so quite a long time. As do the red and pink ribbons which were all painted before 1588, maybe even 1580. Black appeared first in the 1580s, next to the existing white and the dark Genileschi blue, so very dark or white seems to be the style of the late period.

We see some earrings with bows and extra golden beads or more than one pearl (which means they need a kind of bar to hang from), those all date between 1558 to 1575.

Now we archaeologists love to sort everything in types ;)

We see a high density in Venice and Brescia, followed by Verona, geographically between the first two. All three cities are approximately at the same geographical height at the South part of the Garda lake.

Of course we lack any paintings from ~1600 to 1630 so we don't know what was the style before Gentileschi's painting, it could still be red hues. There is also the uncertainty of the date of some of the paintings. This is just what this collection of the pictures could reveal. If you come across another earring with bows, please let me know! I'm happy to add it!

Edit: I stumbled upon a self-portrait of the female painter Sofonisba Anguissola which seems to show a black bow with a golden(?) bead and a pearl, dated to 1559, which fit exactly into the early period of Type 2. The region Cremona where she comes from is in the triangle of Milano, Brescia and Parma, so it fits too: 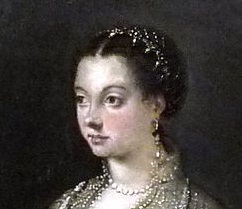 I want to add big thanks to Hastings Sanderson who pointed me towards a lot of the pictures! 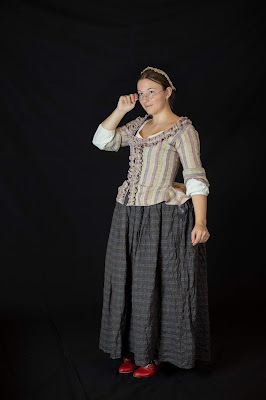 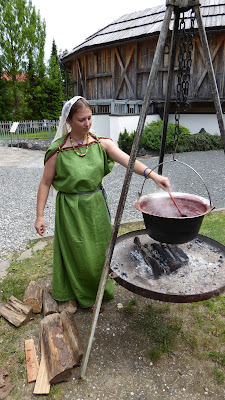